The Founder of the Apostolic Faith Church in Washington, DC was the late Reverend Mary G. Kelley. She was born in North Carolina on January 22, 1901. Her life was filled with activities of spiritual meaning. She later in life relocated to the District of Columbia and, there the Lord manifested His will for such a beautiful woman of God.

In the year of 1953, June 3rd, the first Sunday of the month, the Apostolic Faith Mission was born as a house Mission. The church was opened in the home of Rev. Mary Kelley with twenty-three (23) people. About 1-½ years after the opening of the church, Rev. Kelley began correspondence with The Apostolic Faith Mission in Portland, Oregon. The organization sent one of its ministers from their branch churches in Kingstree, South Carolina, and Century, Florida to hold revival meetings with the group in Washington, DC.

The church was growing. Rev. Kelley and the saints began praying and asking God for a permanen t church home. Souls were added to the church. Many came and took root in the Gospel while others said the way was too straight. Nevertheless, God blessed the faithful ones who remained. Locations of the Apostolic Faith Mission during its establishment in Washington, DC are as follows: 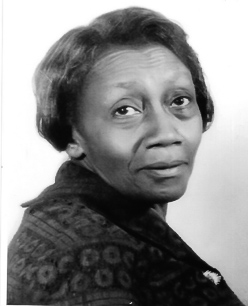 The Founder of the Apostolic Faith Church in Washington, DC was the late Reverend Mary G. Kelley.