Rev. John McElveen (Bro Mac as he was affectionately called) became pastor of the Apostolic Faith Church Washington, DC in March 1990. Before that he was the Assistant Pastor for many years and was faithfully serving the Lord in that capacity. He retired from the position of Pastor on June 22, 2002

Bro. Mac served the church with dedication, despite the small beginning. He did whatever was necessary for building the Kingdom. He was a true “servant leader” and he had led by example even as Paul the apostle said: “follow me as I follow Christ.”

The growth of the church was remarkable under his leadership. The church underwent a major renovating project in 1992. God used him in a mighty way to declare the Gospel of salvation to the lost and encouraged the saints to hold fast and go deeper in the blessings of the Lord.

Bro. Mac was more than a pastor; he was a spiritual father and friend. His interest in the things of the Lord was not waned and he continued praying always for the saints and serving the Lord until his death on September 18, 2005. 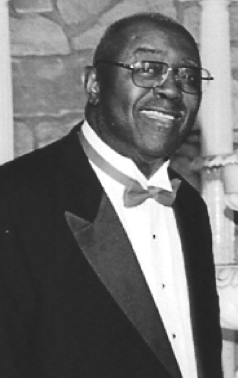 Bro. John McElveen succeeded Rev. Mary G. Kelley as Pastor until his departure to be with the Lord in 2005.